✕
Leadership Alliance takes your privacy and security seriously. We use cookies to provide you with the best website experience. By closing this banner, scrolling this page, clicking a link or continuing to browse, you agree to the use of Cookies.
See our Cookie Policy to learn more.
Introducing TalentTelligent Performance-driven people management »
CLIENT PORTAL

Hire us to find the talent that is the right fit for your company.

Bring out the best potential for new growth within your organization.

Make sure you have the right leadership in place when navigating growth, mergers and acquisitions.

Create an ideal corporate culture where individuals work as a team.

As independent Korn Ferry® associates, we train and certify organizations on the use of these world-class, competency-based tools.

Performance-driven people management for everyone

Secret of the Chicago Cubs’ Success? Hiring the Person, not the Performance 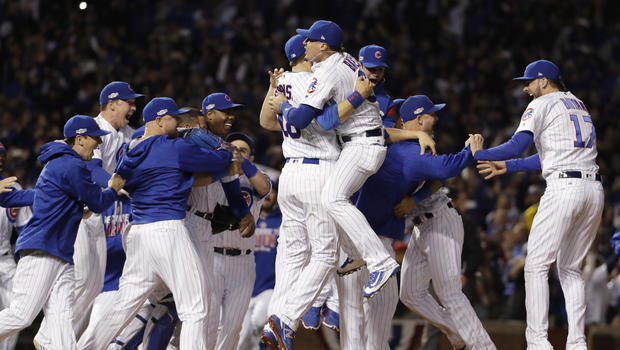 As Hard as it is for someone from St. Louis to say the words, “World Series-champion Chicago Cubs,” you do have to hand it to them for breaking “the curse of the goat.”  Was this just luck, or a matter of time?  Of course not!  It was a concerted effort on the part of Theo Epstein to field a top-performing baseball team through his recruiting and selection techniques.

Theo Epstein can put together a baseball team. Coming out of the Boston Red Sox organization after their 2004 and 2007 World Series wins, Epstein set his sights on growing a winning, and possibly championship team out of the Chicago Cubs. The Cubs went into the post-season with 22 new players, all chosen by Epstein, who have now won the World Series, breaking an 108-year streak for Chicagoans.

How did he do it? While the stats are important, Epstein chooses to scout “the person more than the player.” Bill Pennington in the New York Times says, “The thing Epstein wants to know most about any potential player is how he has handled adversity. It is a question he asks most often during the annual draft of amateur players.”

“In the draft room, we will always spend more than half the time talking about the person rather than the player,” Epstein said. “What are their backgrounds, their psyches, their habits, and what makes them tick? And we would ask our scouts to provide three detailed examples of how these young players faced adversity on the field and responded to it, and three examples of how they faced adversity off the field.” says Epstein.

Interestingly, Leadership Alliance found a similar factor predicted success for one of our major clients.  When we studied successful versus less successful finance leaders at this organization, a huge factor in determining success was revealed in how they responded to the question, “Tell me about a time someone told you that you could not do something.”  Those who said, “I wanted to prove them wrong and did,” versus those who never stepped up to a big challenge were significantly more successful in their organization, where grit and determination are paramount.

Many have studied Theo Epstein, trying to understand the secret of his success. “He really does listen to the human side of all this — it’s not just numbers, by any means,” Cubs Manager Joe Maddon said. “He finds ways to reach out and connect with everyone, and he’s always done that,” said David Ross, the Cubs’ 39-year-old backup catcher, who played for the Red Sox during Epstein’s tenure in Boston.  Selecting the right players is critical, but then providing the coaching, support and development needed to maximize their potential is equally, if not more, important.

Not only does Epstein take a well-rounded view to growing an effective team, he’s decisive and insightful. Maddon said, “He has this crazy ability to take a situation and reduce it so quickly into its simplest form and then give you the options that make the most sense.” These qualities have made Epstein into one of the highest paid front-office executive in baseball, with a salary rivaling his players.

Want to field a championship team for your organization? Find out how Leadership Alliance can help you select and develop a winning team.